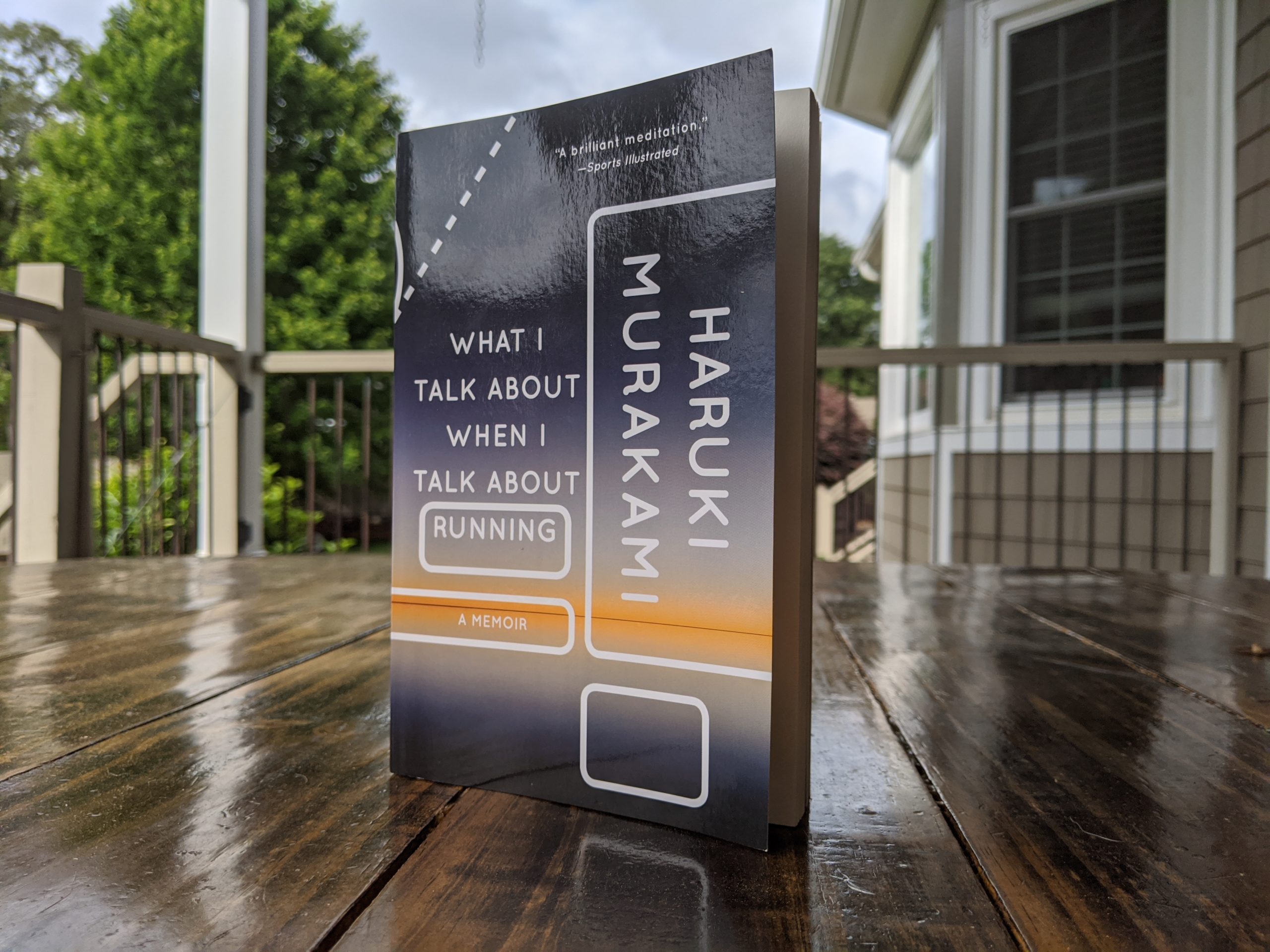 What I Talk About When I Talk About Running by Haruki Murakami came recommended by a colleague. I was already vaguely familiar with the book having seen it in a book store or read about it on Amazon at some point in the past. It was very generally on my radar as a book about running that seemed interesting.

I ended up reading the book over the course of about 3 or 4 days, which is actually quite fast for me as I generally only read about 15-30 minutes per day.

I really enjoyed the book and would recommend it to anyone who’s interested in why people run or the inner life of contemplative, solitary, creative types.

The book is a memoir of sorts, though it doesn’t have a true structured form. It’s a collection of short essays written by Haruki, mostly between 2005 and 2006, and the essays are generally about his relationship to running and the interwoven nature of running, writing, and the life of the mind.

There was a lot here that I could relate to, such as the realization that running is ultimately pointless (like pouring water into a pan with a hole in it) but something we’re driven to do anyway, and the fear that struck Haruki one day when his knee started acting up for no apparent reason.

Ultimately, I found the book to be very refreshing, if somewhat melancholy. Over time our bodies break down, we slow down, and eventually we won’t be able to do this thing that we love. Until then, we struggle along, as best we can, pouring water into a pan with a hole in it.

See what I mean? Ok, that was mostly melancholy, but the book is funny and interesting in ways that balance out the melancholy, I promise.

If you’re someone who likes to run, is curious about the inner life of solitary, contemplative sorts, or if you’re a fan of Haruki’s fiction, I’d gladly recommend you pick up What I Talk About When I Talk About Running by Haruki Murakami.

What the Book Did For Me

This book was fuel on the fire. This year has been really good for my running. Since January I’ve been able to push my long runs up for about 5 miles to about 8 miles, and my legs actually feel a lot stronger and healthier now than they did when 2020 began.

This book was fuel on the fire that is my desire to lace up my shoes and go for a run.

I’m one of those weirdos who truly loves to run. Running, at its best, is a meditative experience for me. My gate locks into place, my mind is completely focused on what my body is doing, and I just go. It’s also tremendously rewarding to persevere through something hard and to actually enjoy it.

Anyway, the point is that I’m going to have to be careful not to overdo it over the next few weeks while the effects of Haruki’s book wear off. Because if I had my way, I’d be running right now.