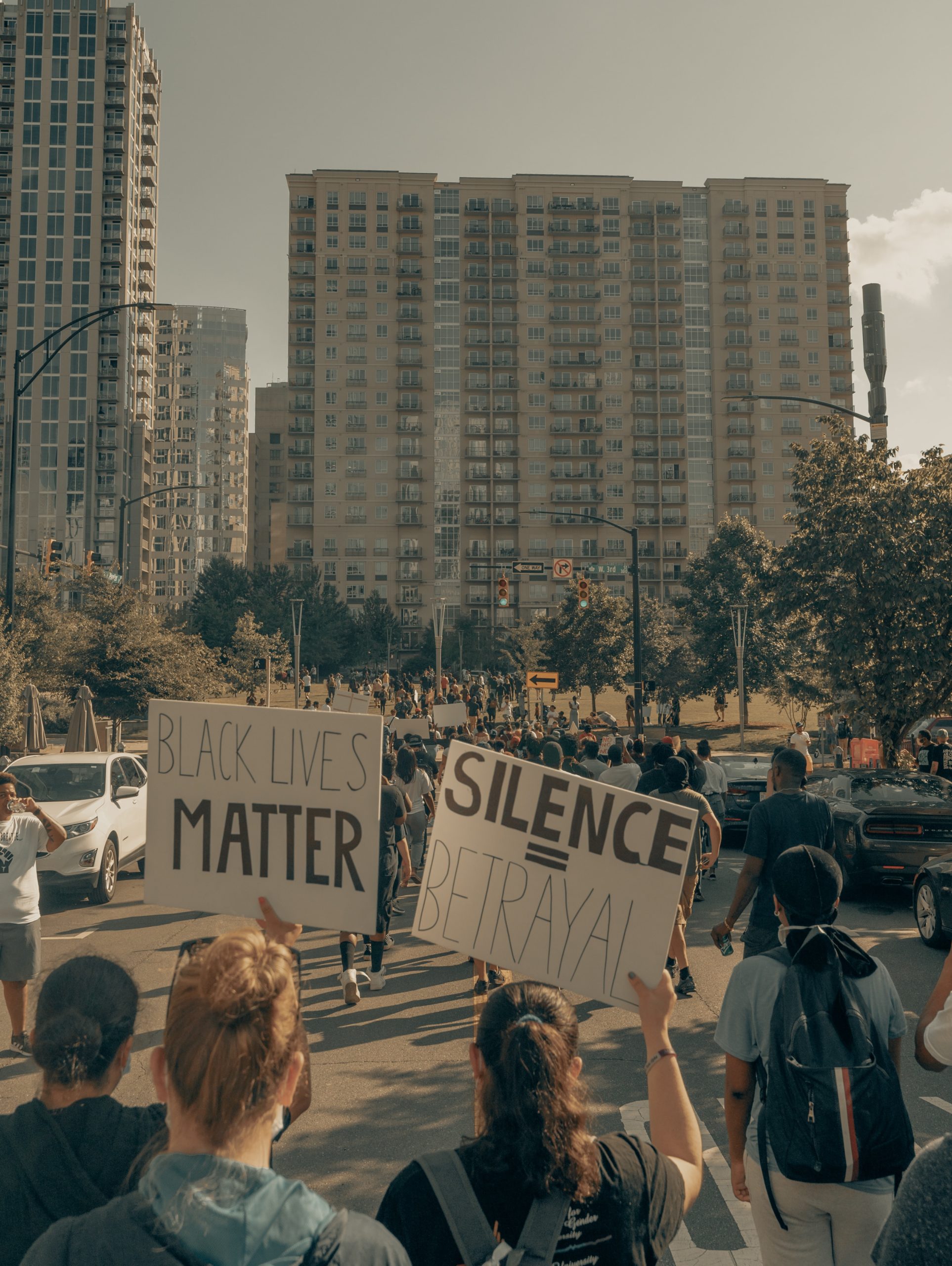 I’m white. I live in small-town southern United States. I would have to have blinders on to deny the reality of systemic racism in America.

I also believe that we need law enforcement. That’s not a sweeping statement implying universal approval for every police action. However, when I truly need help, you can bet your ass I’ll be dialing 911 and hoping the police show up in record time. I support the right kind of law enforcement.

I’ve watched the video in which George Floyd is murdered. Yes, what happens in that video looks like murder to me. And I’m aware that the justice system in our country probably would have protected those police officers from serious consequences if there hadn’t been a bystander with a cell phone capturing the incident.

How Should I Show Support for People of Color?

One of the things I’ve wrestled with over the last few days, since the events on May 25, 2020 which lead to George Floyd’s death, is the question of what my response should be.

I do believe that systemic racism is engrained in our culture and our institutions in the United States. Further, I believe that it’s a real problem with real consequences.

The default reaction of white Americans in my shoes seems to be: speak out on social media. While I think that being vocal online has some modest value, I don’t think it’s sufficient.

Don’t misunderstand me. I don’t think there’s anything wrong with being vocal online in support of #blacklivesmatter or a similar hashtag, organization, or movement. However, if posting on Twitter or Facebook is all that I do, have I really accomplished anything? Or have I just done some basic social signaling to make sure I get lumped in with the good guys?

Yesterday I saw a tweet that said something to the effect of:

White techies who aren’t vocally supportive of #blm: We see you. We have noticed your silence. Silent support is not an option. Silence makes you complicit with the abusers.

My problem with that tweet is that it suggests that getting loud on Twitter is enough. But tweeting in support of #blm a few times and then moving on with your life is not enough. Posting on Twitter (or Facebook) can be nothing more than cheap social posturing.

The problem is if you don’t take real-life action to match what you’re posting on the internet, you’ve accomplished nothing.

There are exceptions, and notice that I did say “for the average user” twice. If you have an engaged following on social media, then maybe social media is a place where your voice matters.

However, in the best of times social media stresses me out. I do not like social media. I’ve never been interested in building an audience on social media, and largely abstain from it. If I get loud on social media I feel as though I’m just yelling into the void, and it just feels disingenuous to me–it feels not enough.

So, What Can I Actually Do?

If posting something online isn’t enough, what can I actually do to lend support to the movement for racial equality? While there’s a lot that I could do, there are at least three things that I think I should do.

1. Be aware of my own biases and actively correct them.

If you don’t think you have biases, you’re lying to yourself.

We all have a natural tendency to prefer people who we perceive to be like us. That’s not ok. It’s a reality that I need be thoughtful of, watchful for, and actively work to correct.

2. Find people who are different than me and seek to learn about their experiences.

I’ve never been black in America. I think I have some idea of what that might be like based on what I’ve read on the internet, but I don’t think I’ve ever sat down with a black friend and asked them about their experience of being black in America. I need to do that.

3. Speak up when I hear people being ignorant.

This is the hardest thing on this list, and the most important.

While I don’t think that I’m personally going to be able change anyone’s mind about something like white privilege by tweeting about it, I just might make some progress by having a conversation with a friend or a relative about it. It’s far too easy for me to just look away and keep quiet when I hear someone I know saying something ignorant, but that silence cannot continue. The silence of white people is a big part of why we are where we are.

What More Could I Do?

There’s more I could do. I could seek out a rally and participate. I could get active politically. There are some things I can do professionally as well, but I’ll not get into in this personal blog post.

I don’t think everyone has a responsibility to take all of these additional steps. That’s a decision each individual has to make based on their life circumstances–the combination of personal and professional demands they already have on their plate.

But none of us has any excuse for failing to take personal responsibility to examine and correct our unexamined biases, learn about the experiences of people of color in our own communities, and speak up the next time we hear someone ignorantly perpetuate the cycle of systemic racism and white privilege.