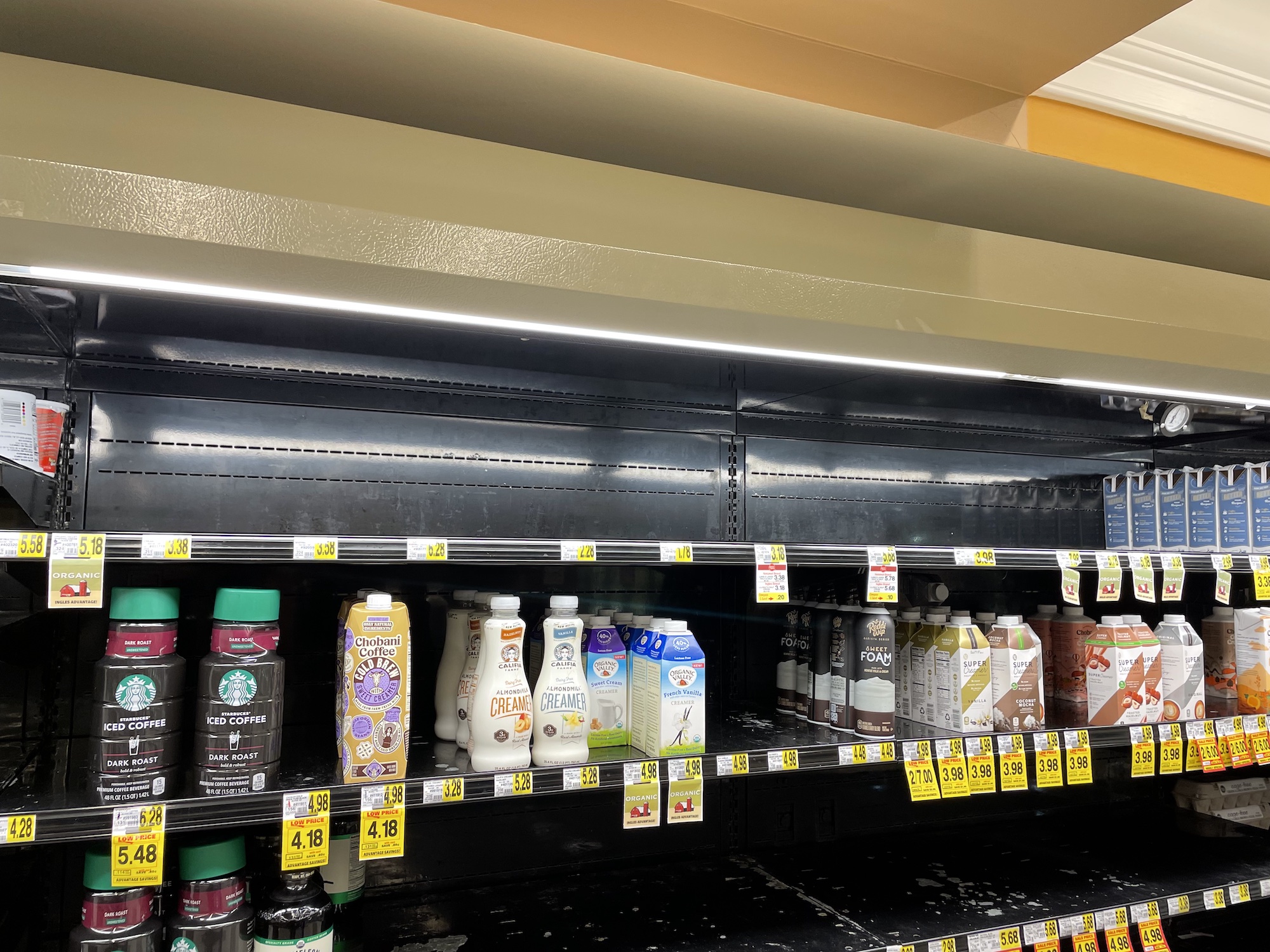 For the first time in my life, that I can remember (aside from toilet paper at the onset of the pandemic and weather-induced panic buying), there are times when I cannot find a grocery item at any of the local grocery stores. Right now, we’re out of half-and-half (half cream, half milk). My wife and I use it every day in our coffee and we also use it pretty regularly in cooking.

We’ve been out for a couple of days now. My wife usually does grocery pickup from Walmart and added it to her most recent pickup order, but they were out. Then last night I had to run to Ingles to pick up a few items for dinner and she asked me to grab some half-and-half while I was there. Here is the interaction that ensued:

Not only did Ingles not have the organic half-and-half my wife prefers, they had no half-and-half whatsoever. They usually have a half dozen varieties or more. Not only was the half-and-half completely sold out, but about half the cheese section was also cleaned out and at least half the milk section was empty. The dairy section in general was looking pretty bare.

Thankfully, Ingles did still have a few other coffee creamer options and we just picked one of those to tide us over for a few days until the supply chain catches up a little.

I’m not saying the sky is falling and I’m not panicking. Half-and-half is hardly necessary for the sustenance of life. I grew up living in countries where the standard of living is much lower and where a diet consisting mostly of beans and rice is considered the norm (or at least was the norm for the average person when I lived there). I know full well that we’re not having an actual food shortage, we’re just having a shortage of some preferred foods. The supply chain will catch back up and we’ll be ok. Still, it’s a little unsettling when all the major grocery stores are struggling to keep basic staples in stock. What a weird time to live through.

2 thoughts on “Grocery Scarcity is a Little Unsettling”