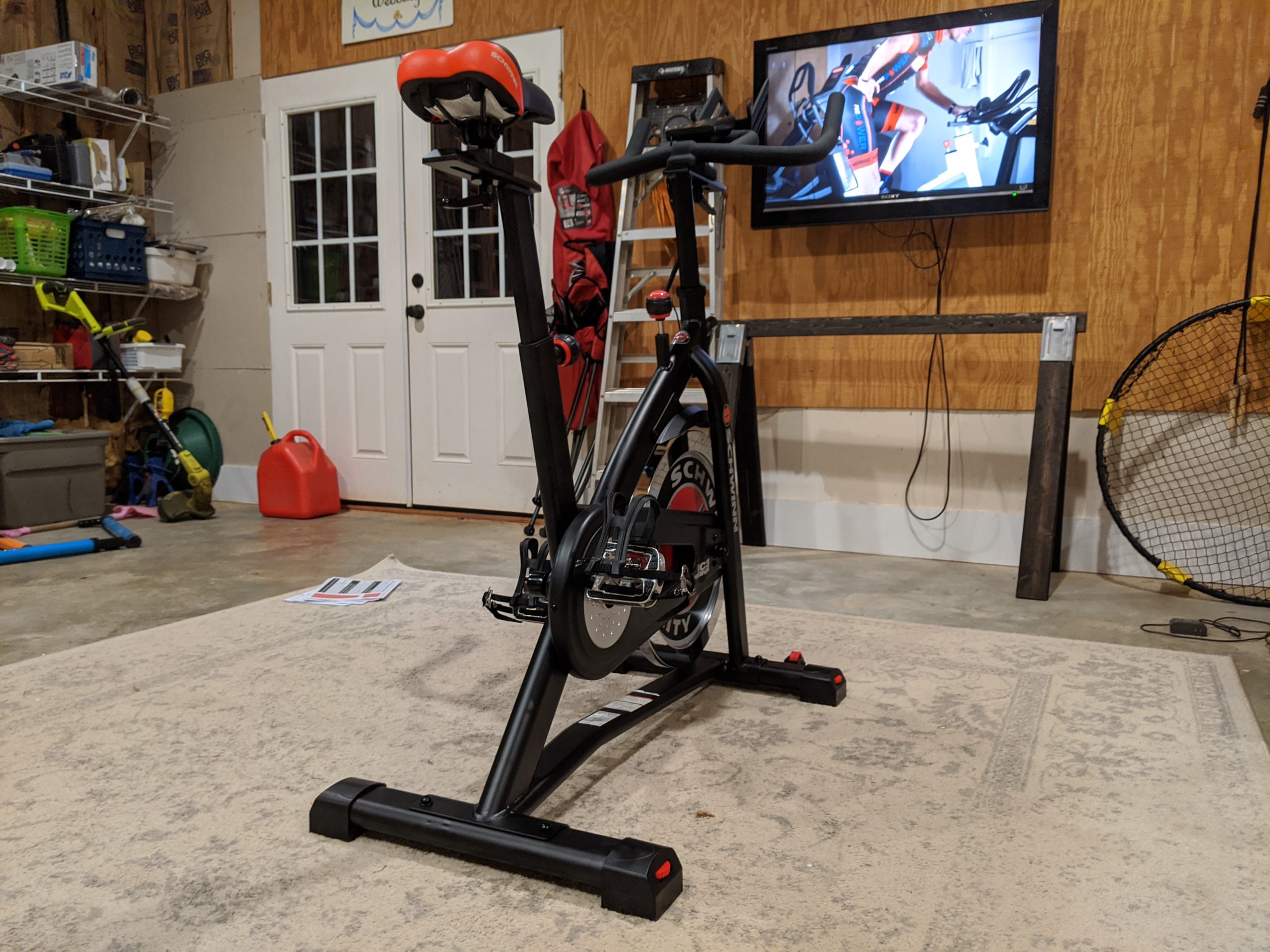 I got my exercise bike!

I’ve been mulling getting an exercise bike since I read Run Less Run Faster early last month. The idea had already taken root before then as my wife had been dropping hints about wanting an exercise bike for a couple of months, and reading that book was what I needed to push over the finish line.

The bike arrived on Sunday and I’ve used it four times since then: Sunday evening, Monday morning, Tuesday night, and then again this morning. Each ride has been about 30 minutes long.

What Did I Get?

I ended up settling on the Schwinn IC3. I wanted a bike that I thought would be quiet and last a long time with minimal fuss. I also didn’t want to spend more than $400-500.

In the end, it came down to picking between the Schwinn and a comparable bike by Sunny Health & Fitness. Both were a hair more than I wanted to spend, but after reading endless reviews I felt like I needed to stretch my budget just a bit to get a quality piece of equipment.

In the end, I picked the Schwinn because:

Well, the first two rides convinced me that I needed a gel seat pad. So I ordered one from Amazon on Monday morning and it arrived mid-day Tuesday. That definitely helped, a lot, but I think it will take a week or two before I can ride in relative comfort for more than 30 minutes at a time.

Aside from getting used to the seat, and the discomfort associated therewith, it’s going great! The bike is solid, quiet, easy to adjust, and I feel like I’m getting a very good workout when I ride.

I don’t plan to ride the bike 30 minutes per day, every day. That’s just how things have gone so far.

In the long run, I think I’ll ride 1-3 times per week. Once my body adjusts a bit I plan to push my rides up to an hour rather than the 30 minutes I’ve been doing so far.

Indoor cycling is just one part of my overall exercise regimen that also include:

My overall goal is to get to the point where I’m doing bodyweight exercises 5 days per week and some form of cardio (run, swim, spin) 6 times per week.

My ideal schedule 2 months from now will look something like this:

So in the long term, I see myself using the bike 1 to 3 days per week, for about an hour each time.

That’s Kind of a Lot of Exercise

I’m doing a lot of exercise at this point–at least, compared to my historical record of sedentariness–but I’m doing it because I’m truly enjoying it.

I don’t know what changed, but something in me changed in the past 24 months and I’ve gone from someone who worked out occasionally because I knew it was good for me, to someone who genuinely enjoys working out. I’m not sure if it has to do with getting older, or what, but these days I enjoy getting as much exercise as I can work into my schedule.