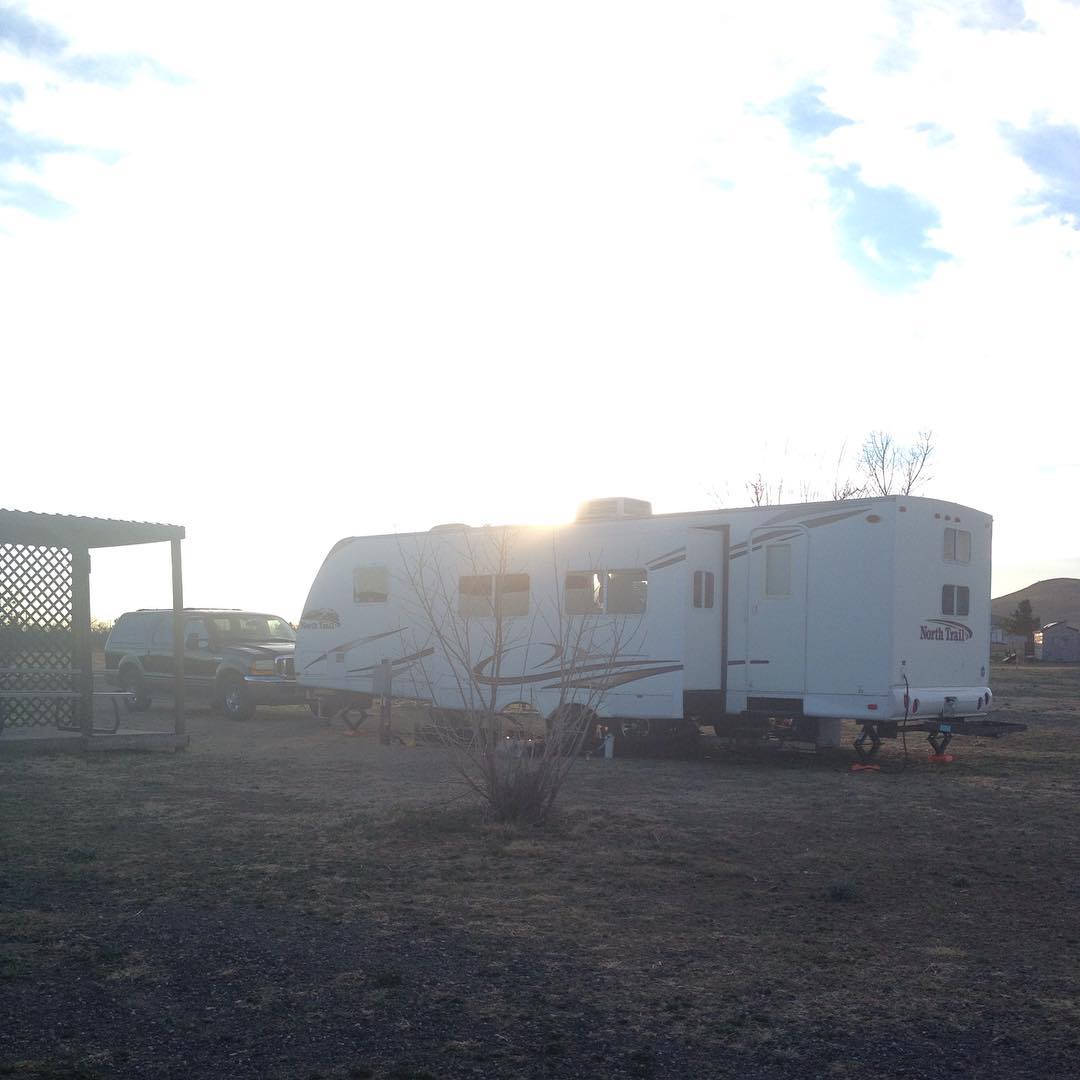 During the summer of 2013 my wife Meagan and agreed that we were going to chase a shared dream.

It felt like a pipedream at the time, but towards the end of 2013 we put our dream down on paper and taped it to the fridge anyway.

Against all odds. We did it. We didn’t do it in the exact order that it was written on the fridge, but we did it.

We’ve lived in the camper at three different times in the last 6 years:

In total, since November 2014, we’ve spent 3 years living in our 2010 Heartland North Trail 32 QBSS. That doesn’t include the times we’ve taken it on vacation. We spent a few additional weeks in the camper visiting Chattanooga and Hilton Head. Overall, we’ve spent considerably more time living in the camper than not since we first moved into it just shy of 6 years ago.

Today I washed and cleaned out both the camper and truck with the intention of listing them for sale.

Here they are, 6 years ago, the very first time we took them out:

And here they are today, as I parked the camper after cleaning it.

In the past 6 years we’ve seen 27 states and driven thousands of miles together. They feel like old friends. To be fair, they’re old friends that have a tendency to break, cost money, and use up more time than I expect, but old friends with whom I’ve shared a lot of adventures nonetheless.

Today felt like the beginning of the end of an era.