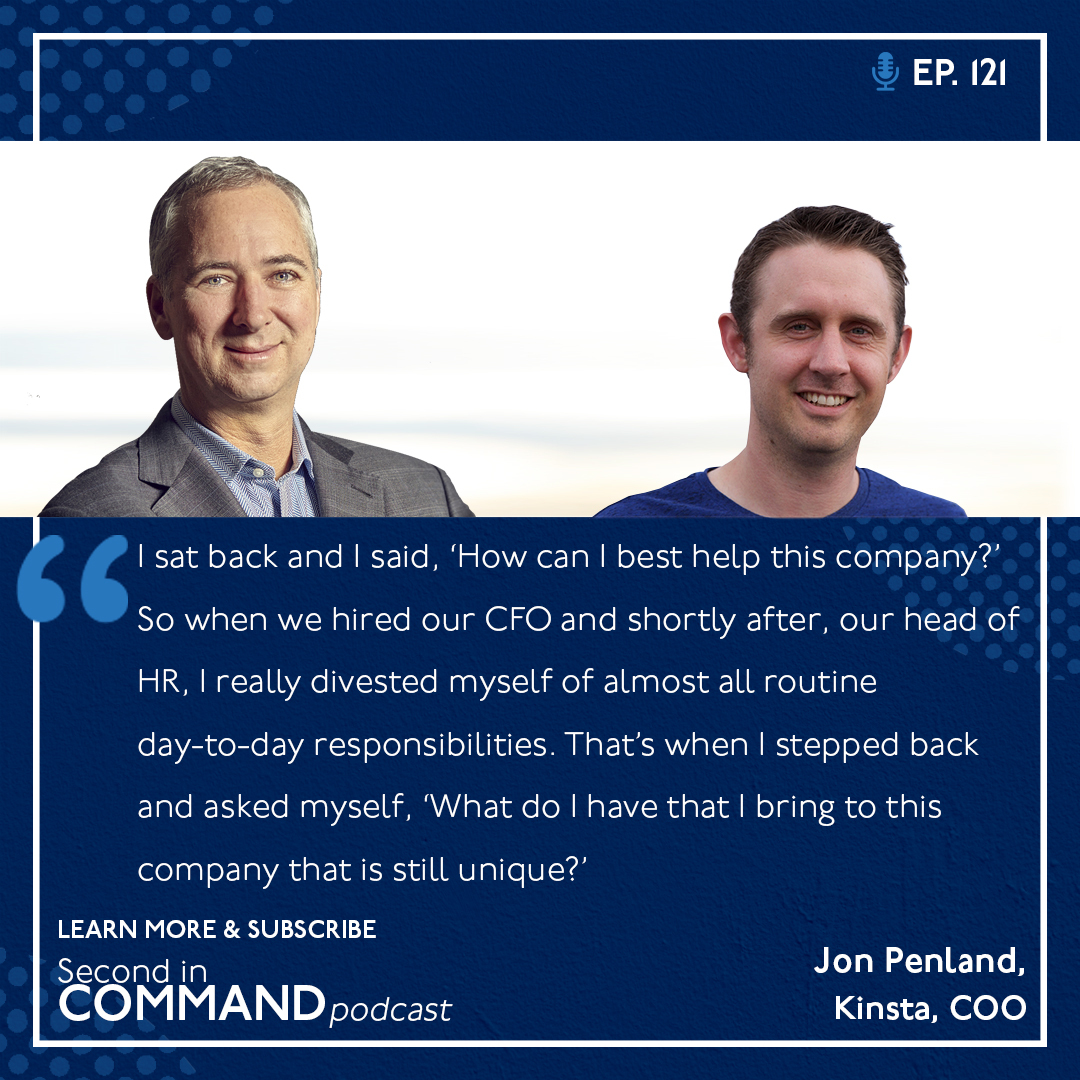 There’s a certain appeal to believing you can do it all. As a manager working for a company undergoing steady growth, it’s easy to get caught up in the self-importance trap–that is, the idea that “I’m important to this company because I do {insert whatever you do}.”

This happens naturally enough in a company that’s experiencing growth. When a company is born, all responsibilities reside with a very limited number of people. Over time, as the company grows, activity levels increase and responsibilities must be handed off. This can feel threatening to a manager. After all, every time you hand over a critical responsibility to someone else, you’ve made yourself that much more replaceable, and being replaceable can be scary.

That doesn’t mean that handing over responsibilities is easy, but it is sometimes necessary.

My Personal Strategy for Handing Over Responsibilities

Recently, I appeared on the Second in Command podcast where I talked a bit about this process. Here’s just a short section of the conversation I had with podcast host Cameron Herold:

Relinquishing responsibility for a mission-critical task is rarely easy and may well spur some professional soul-searching. However, stepping back and letting others pull ahead so you can refocus is a critical professional talent for managers of companies undergoing steady (or faster) growth.