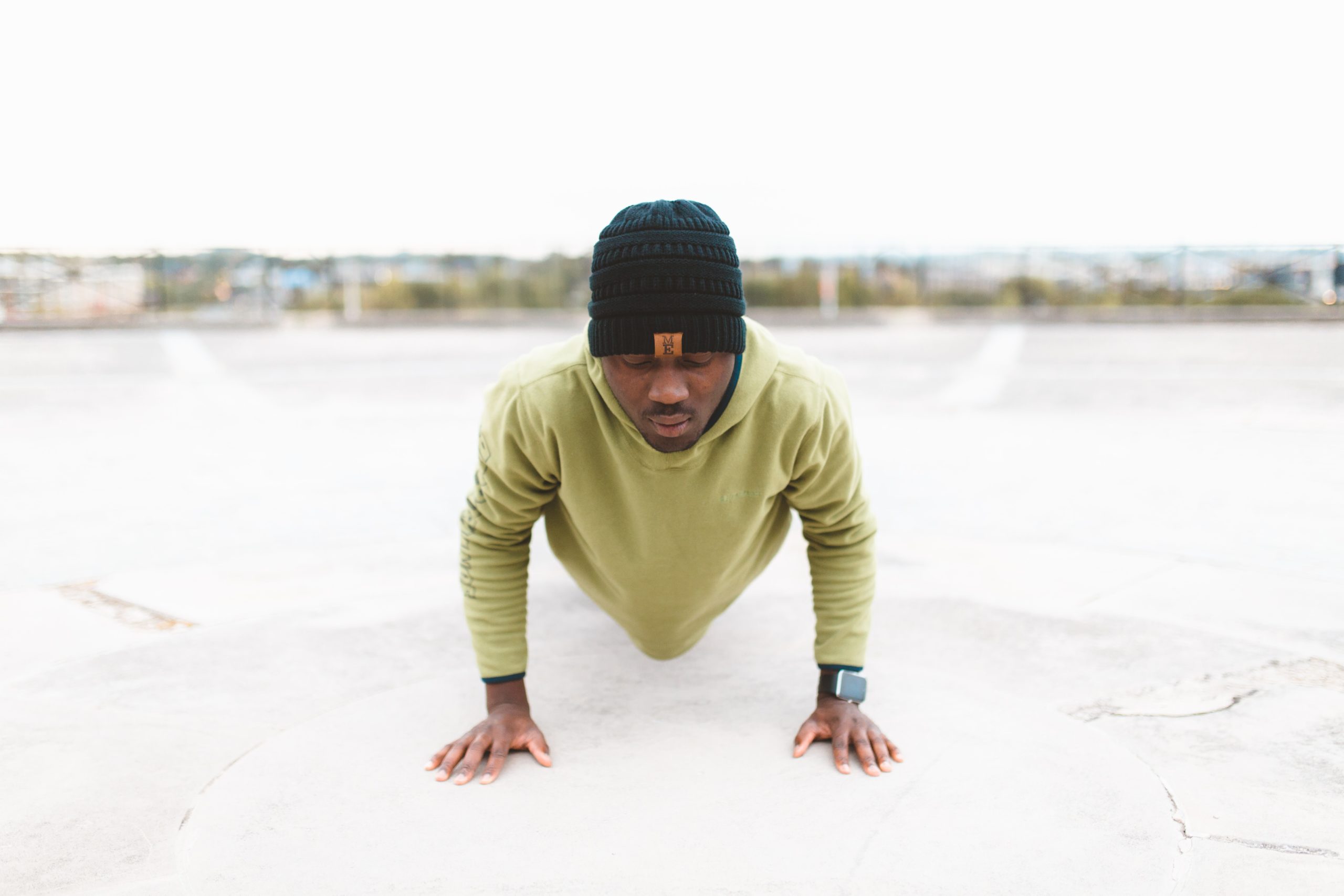 Back on day 16 of this 100 day blogging challenge I sat down and did some brainstorming. I was struggling to come up with topics, so I took an hour and wrote down every topic I could think of. What came out of that brainstorming session was 37 post ideas.

I used those ideas for the next week or so, but then seemed to hit my stride and no longer needed that trove of ideas. Each day, I’ve had new ideas come to mind and I’ve written about those ideas.

However, my brain is fried tonight, semi-literally. I spent about 6 hours working out in the sun today and as a result I have a sunburn, a mild headache, and a serious case of just wanting to go to bed.

So tonight I’ve turned back to that list from day 16 for some inspiration, and idea number 4 jumped out to me as one I wanted to explain.

Why Do I Do Bodyweight Exercises?

This question can be read in two different ways and I want to talk about each in brief.

Both questions have specific answers.

Before I get into those answers I feel a disclaimer is in order: Everything below is just my opinion. I claim no special expertise. I have done some limited reading on the topic, but I’m far from an expert and could very well be wrong, by margins small or large, on some of these details. Take the rest of this post for what it is: my opinion and experience.

Why Include Bodyweight Exercises in my Overall Exercise Regimen

The question of why bodyweight exercises occupy this space has many answers.

My younger brother started doing a bodyweight exercise routine a year before I did and the results were noteworthy. His shoulders broadened. His gut tightened up. And he just walked taller and looked stronger. I was feeling downright flabby by comparison and as his older brother there was no way I was going to let him show me up like that.

Simply having more muscle means your body needs more calories. So the best way to lose weight is not to do lots of cardio, but rather to build your muscle mass, and larger muscles will then burn more calories.

Fifth, exercising regularly helps me feel better all the time.

This reason only kicked in after I’d been doing bodyweight exercises for a while, but I’ve found that by doing bodyweight exercises regularly I can stave off some of the aches and pains of aging. I can recall two years ago that something always seemed to be hurting–my shoulder, my hip, my neck, my knee, whatever. Once I started exercising, those aches and pains got worse for a while, but then they got better. Today I don’t really have any aches and pains for the most part, which was absolutely not true a few years ago.

Why Bodyweight Exercises Rather Than Weight Lifting

First, I do bodyweight exercises because they build functional strength.

Bodyweight exercises help you master the manipulation of your own weight in space. Think of a pushup compared to the bench press. Both theoretically work on your chest. However, a pushup forces you to engage your entire core down to your toes and involves actually moving your own body through space, while the bench press just engages those muscles directly involved in the exercises and has you move a free weight through space while your body is stationary. The next time you need to push something, which of these exercises is more likely to have given you the best combination of strength, balance, and spatial awareness necessary for the task at hand? It seems obvious to me that pushups do that for you in a way that the bench press never could. That’s what I mean when I say that bodyweight exercises help you build functional strength.

You can definitely injure yourself doing bodyweight exercises. However, the chances of injury while doing pushups are considerably lower than the chance of injuring yourself while doing bench press. A part of that is simply the fact that you’re limited to your own weight when doing bodyweight exercises, while with weight lifting there is not limit to how much weight you can try to throw around. A secondary part of the difference is that when you’re doing bodyweight exercises you aren’t generally dealing with large amounts of weight suspended in your hands putting cantilevered pressure on your joints. You body was made to move itself. Using it to do that carries considerably lower risk than using it to move around heavy pieces of metal at the ends of your extremities.

Third, and perhaps most importantly, you can do bodyweight exercises anywhere.

If I had to go to the gym to workout, I’d never do it. Today, I’m fortunate to have a basement, a portion of which I’ve converted to a dedicated workout space. However, when I first started doing bodyweight exercises I didn’t have a dedicated space. I worked out in my living room, or bedroom, or even my kids’ room depending on the exercises I needed to do, the time of day, and whatever else was going on in our lives. Bodyweight exercise can be worked into your life and your location, whereas weightlifting either requires that you buy a lot of expensive equipment or go somewhere to exercise.

So, that’s why I do bodyweight exercises. I’ve done bodyweight exercises consistently (4-5 times per week) for 18 months (though I did miss about 2 mos over the holidays last year). In that time I’ve dropped 20 pounds (from 195 to under 175) without changing my diet and I feel fantastic. Pretty good deal for something that takes 30 minutes a day, 4-5 times per week, and can be done from home.

Photo by Sam Owoyemi on Unsplash