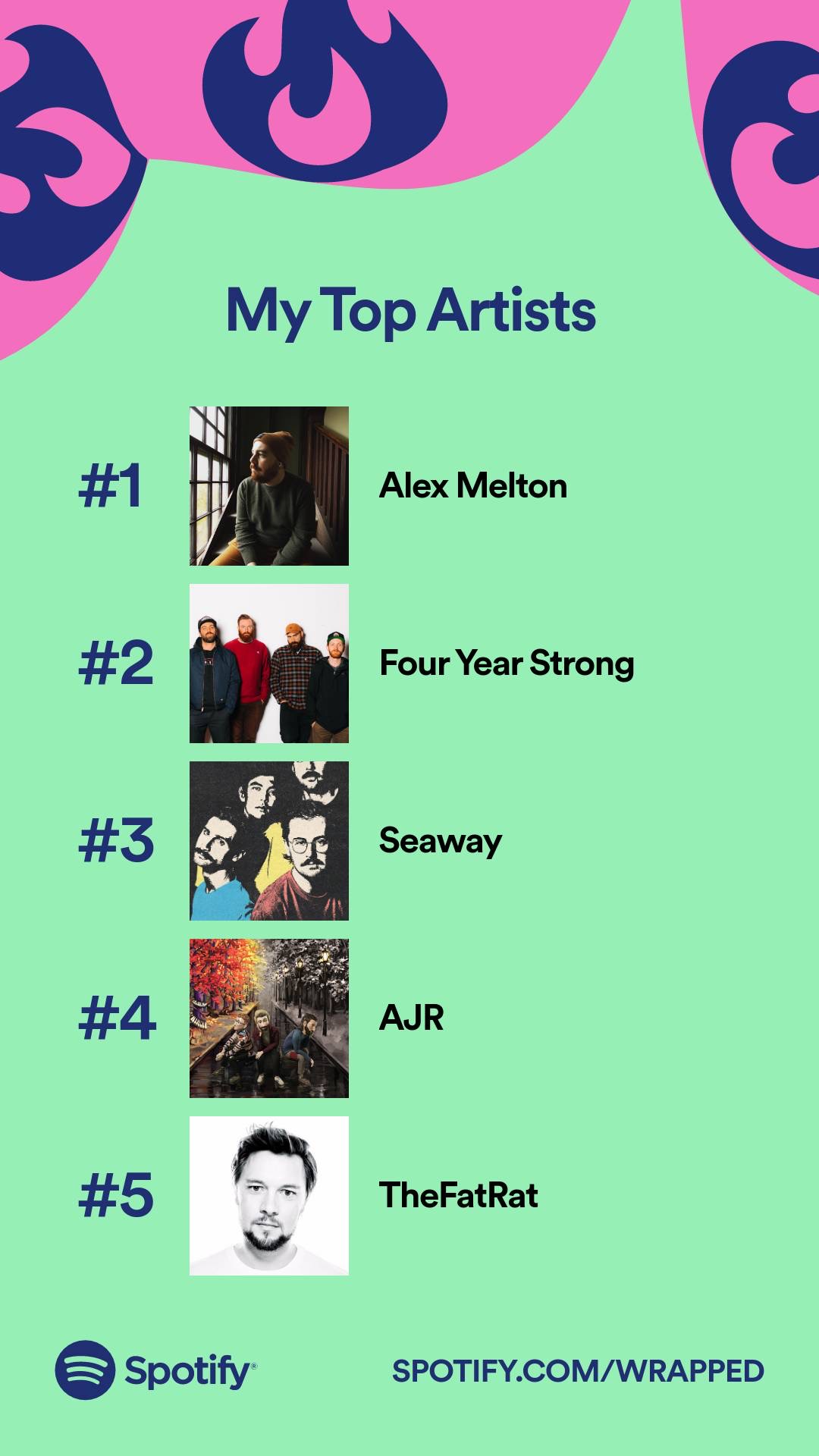 Alex Melton was my most-listened to artist on Spotify in 2021. I can’t get enough of his pop punk and country covers.

I first discovered Alex back in the summer of 2020 shortly after he dropped this gem on TikTok:

I’m not on TikTok but that video made the rounds and I stumbled on it on Twitter or Facebook or who knows where. Thankfully, Alex capitalized on the viral success of that TikTok video, put out a full-blown cover of Taylor Swift’s Love Story just a couple of weeks later, and I was hooked.

Since then, Alex has put out many many more songs on YouTube and Spotify and recently inked a deal with Pure Noise Records.

I could post a couple dozen of Alex’ songs that I love, but to avoid losing your attention I’m going to limit myself to just five essential Alex Melton covers.

Note: Most of these songs have profanity or other explicit lyrics. Listener discretion advised if you have kids around or prefer to avoid that kind of thing. Except the last song, that one’s safe for all listeners.

The “pop-punk cover of a rock hit” is Alex’ bread and butter. He churns these mashups out frequently and with every one I find myself thinking “uh, that’s better than the original.”

I could have picked a half dozen stellar examples of this type of mashup that Alex has put out in the last 18 months, but none are finer than this banger.

There’s something about a song from my teens or twenties recast as a country song that just works for this southern boy.

And then it just works.

I had to go look up the original Kendrick song since I’d never heard it. Ok. Pass. But this cover? Love it.

The Reinvention of a Modern Pop Song

Alex remakes modern pop songs from artists like Justin Bieber and Olivia Rodrigo in either a country or pop punk style with seldom a misfire.

The original version of Good For You by Olivia Rodrigo is a catchy ear worm. The country cover by Alex Melton on the other hand is just pure gold.

I hope you enjoyed this journey through some of my favorite Alex Melton songs, my top Spotify artist of 2021.