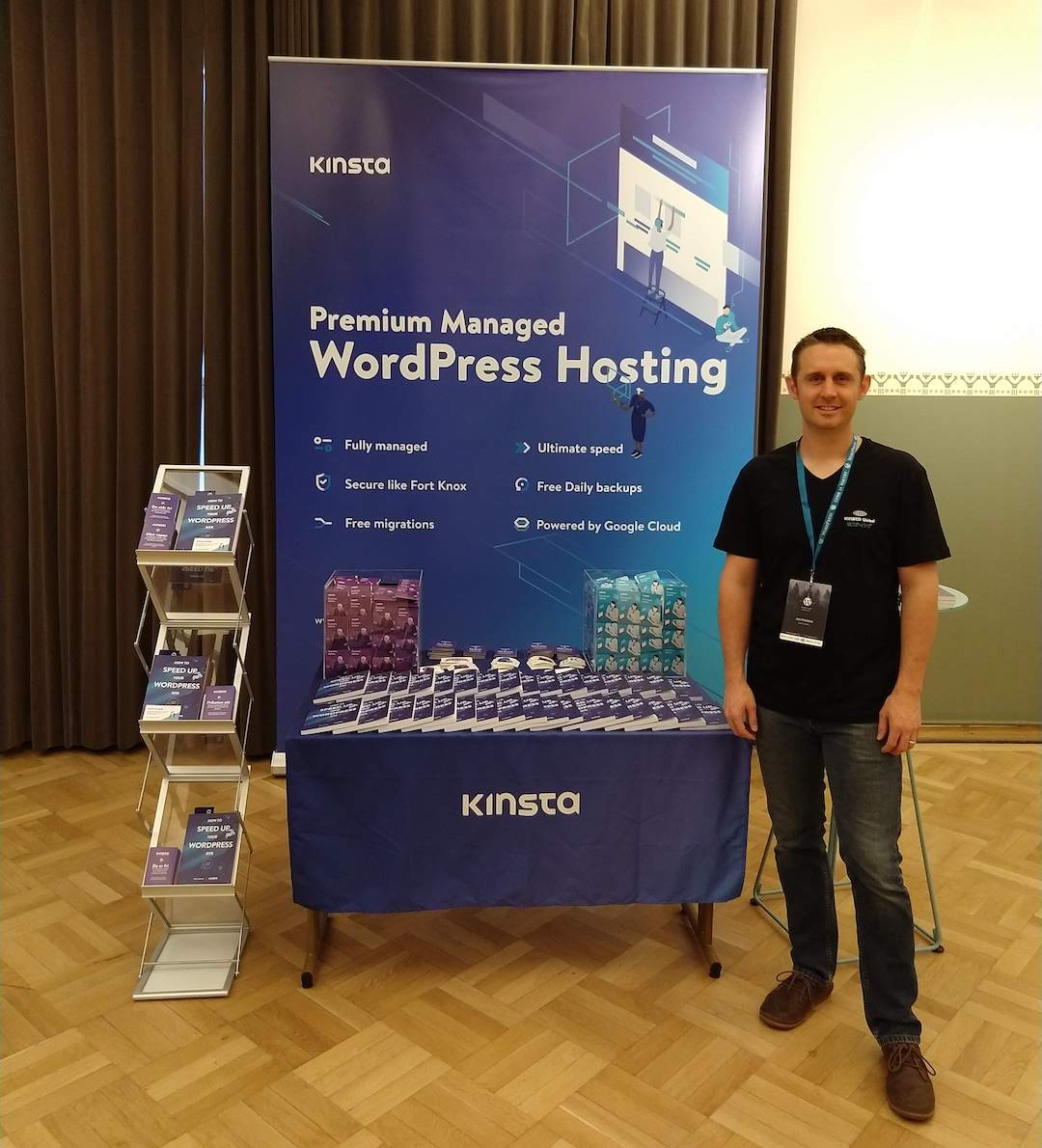 Last night it dawned on me that my five year Kinstaversary had quietly come and gone over the weekend. My first day at Kinsta was December 6, 2016. As of this past Sunday, December 6, 2021, I have been working at Kinsta fulltime for five years.

I’ve actually been working with Kinsta a little longer than that. My first professional engagement with Kinsta was in the summer of 2016; between June and August 2016 I wrote seven articles for Kinsta’s blog. However, it was on December 6, 2016 that I started my first shift as a Support Engineer at Kinsta and was able to peer behind the curtain so to speak and really get to know how Kinsta works.

I’ve been mulling what I might say to mark the occasion and I’ve landed on talking about a few things I think I’ve learned over these past five years. So in no particular order (and basically off the top of my head), here are five things I’ve learned working for Kinsta for the past five years.

The Higher You Get in an Organization, the Less Work You Do

And every front line employee in the world said: “Amen!”

This idea is a bit of a cliche, but in there is a degree of truth in it: the higher you get in an organization the less you directly and personally contribute to the core work done by that organization. That’s because as you move up the managerial chain, the type of work you need to do changes:

At each step along the way, you do less “work” and do a lot more thinking, planning, and communicating. You may or may not spend more hours working, but you definitely do less and less of the core work of the organization.

Letting go of the core work of the organization is something leaders have to learn and it’s not a lesson everyone learns very easily. Some managers have a really hard time letting go of doing the work, and in that scenario if they work for a growing organization, they aren’t going to last very long.

The hard part of this lesson is that once you accept that as a leader you have to step back and let others do the work, then you have to come up with a new way to identify the value you bring to the organization. You no longer have a tangible body of work to point to, and you have to learn to point at your team and the work they’re doing to validate the work you’re doing. Sounds easy, but it ain’t.

As an organization grows it has to change.

Old processes have to be redesigned to handle a new volume of activity. Old structures have to be rebuilt to accommodate greater throughput. Old policies have to be revisited to cover edge cases and newly encountered scenarios.

Not all change is attributable to growth, but growth will always require change.

Change is stressful and sometimes painful. This is because as organizations change the various facets that are changing will fade in and out of being in a “broken” state. Imagine a team that is growing and has to split from being one team into being two cooperative teams.

It’s the job of leaders in the organization to make this process as smooth as possible, but with few exceptions this process is going to be hard, at least for a period of time, especially if the change comes about suddenly.

If you want to grow in your career, go work for an organization that is growing.

So if you’re trying to figure out how to take the next step in your career – how to become a manager, how to be promoted to a senior-level contributor, how to become an executive – maybe there are skills you need to develop, or maybe you just need to find the right place in a growing organization and go all-in.

Many problems that feel urgent and unsolvable today will solve themselves if you give them a little time.

This isn’t an argument for laziness. It’s an argument for efficiency and effectiveness. If you’re a manager, right now there are probably 10-20 problems of various size that are vying for your attention. The reality is that a large percentage of those problems – perhaps 75%, to put a wild guess out there – will solve themselves if you just give them a little time.

So what’s the takeaway here? Just ignore all your problems? No. Some problems really do need to be solved urgently.

However, if you’re feeling pressured to solve a problem today, but having a hard time identifying an acceptable solution, stop and ask yourself what will happen if you delay making a decision for a few days. You may find that you actually can wait, and if that’s the case then you probably should wait. In the meantime, while you wait, new information will come to light, new ideas will bubble to the surface, the natural process of sleep will work its magic, and you may find that the problem has basically solved itself because you gave it a little time.

Working for Kinsta has been the greatest professional opportunity of my life as well as the best job I’ve ever had. The last five years have been full of new challenges and new opportunities to learn while surrounded (virtually) by many of the smartest and best people I’ve every known. There have also been some really hard stretches and difficult complex situations we’ve had to work through. As far as jobs are concerned, I really couldn’t ask for anything more.

Kinsta, here’s to the next five!