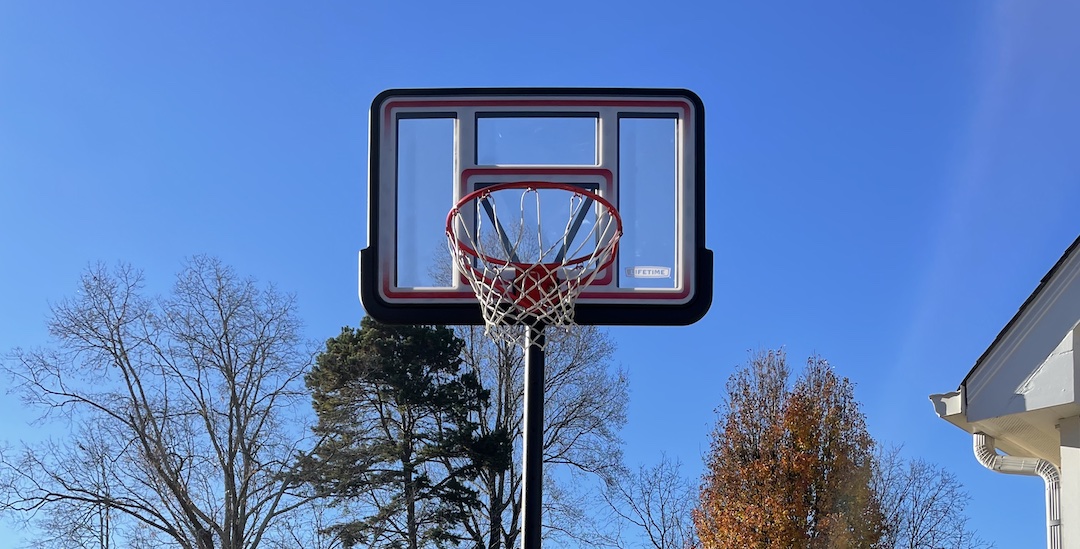 Back in July my son Hudson decided he wanted to quit swimming and give basketball a try. He’s the first of my kids to try basketball and he’d never really been exposed to the game. I really have no idea how this idea lodged in his head.

When Hudson brought up basketball back in July he was just about to start the sixth grade and let me know that he wanted to go out for the middle school basketball team this fall. I felt like I wouldn’t be doing my job as his dad if I didn’t give him a way to get in some practice at home, so at the end of July I ordered a basketball goal to set up in our driveway.

Well, Hudson didn’t make the team. That wasn’t a surprise really. He’s never played before, he’s in sixth grade and most of the players who made the team are in seventh and eighth grade – meaning they’ve had one or two more years of experience and physical development. He was offered the chance to be the team manager, which he accepted and is something he’s embraced. As team manager he’s exposed to the team and the game, gets to participate in some of the drills at practice, and is stacking the deck in his favor for next year. He’s also playing recreational league basketball to get some game experience – something the middle school coach encouraged and supports.

Back to the basketball goal. I bought this goal for Hudson and he barely uses it. Shocker, right? (And all the parents reading this post know the answer to that question.) But I really love it. 15 minutes shooting basketball by myself can really calm the waters, mentally and emotionally. Maybe one day Hudson will get interested in practicing basketball in the driveway, and when he does, this goal will be there for him. Until then, it’s a cheap and effective therapist for me.