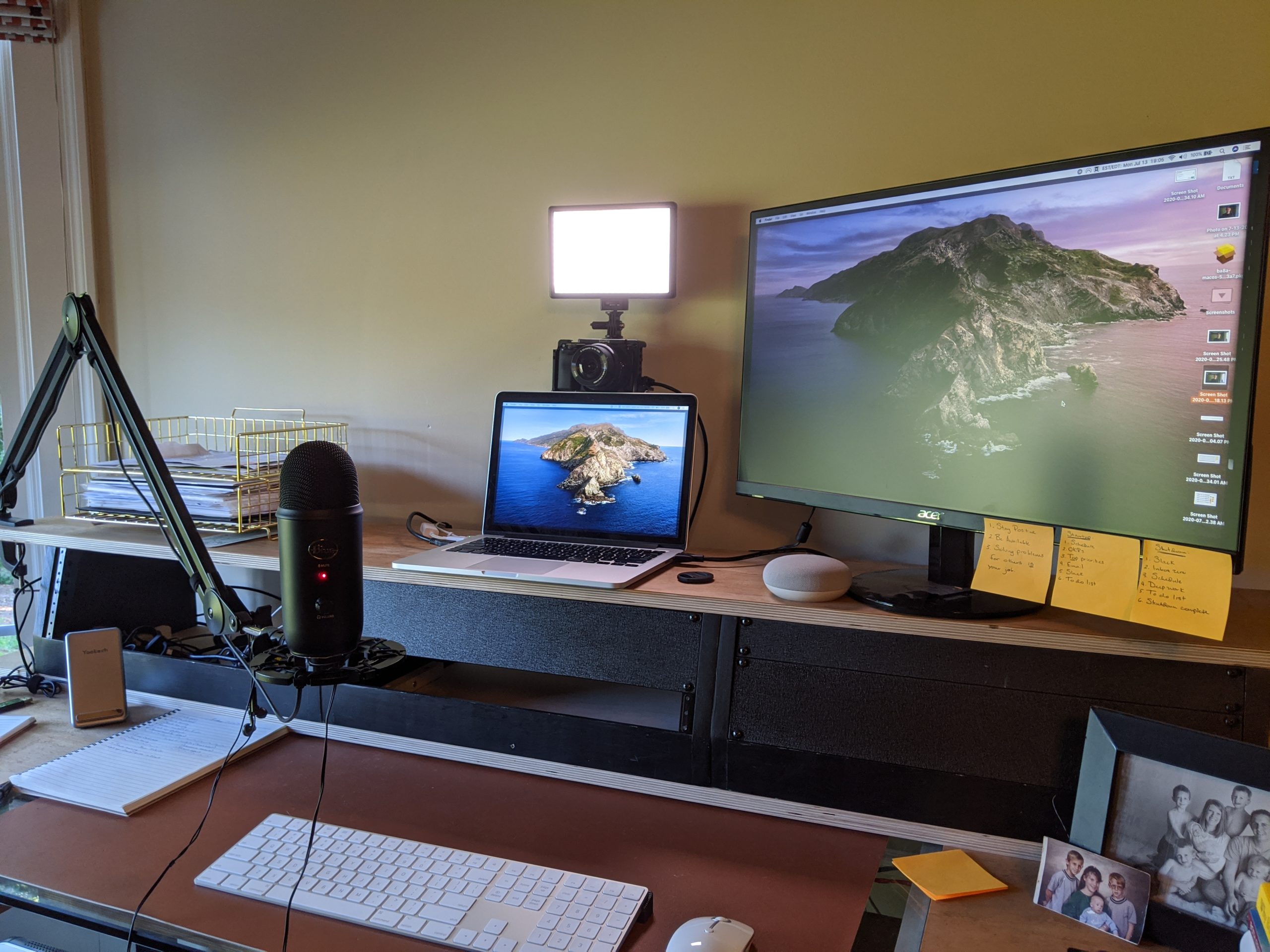 For the last several weeks my friend (and boss) Mark has been after me to upgrade my webcam game. And I’ve been dragging my feet.

See the thing is that I’m a very minimalist fellow. My wife cuts my hair. I own two vehicles and both have over 180,000 miles on them and are well over 10 years old. I buy most of my clothes from Costco because they’re cheap and durable. I just don’t do things like buy expensive cameras. Doing so has never crossed my mind.

So the idea of investing in a nice camera to serve as a webcam is not one I’m naturally inclined to pursue.

However, in the end I did some research and upgraded my webcam setup because this isn’t about my own personal preferences. It’s really about representing Kinsta appropriately, and it’s worth spending a few dollars to look like a pro.

I think the results speak for themselves.

There’s really no comparison. The difference is night and day, and having seen the difference, I’m sold.

While a part of my resistance here has been about being a very low-maintenance person, a very real part of why it took Mark a couple of months to wear me down is that I don’t know a damn thing about cameras and I didn’t want to take the time to learn.

To be honest, I still don’t know a damn thing about cameras. However, I did just enough research to find a good camera at a reasonable price and figure out what sort of accessories and whatnot I would need to set it up as a webcam.

What I’ve come to realize over the last few days is that what this really all boils down to is that I didn’t want to learn something new. Learning new things is hard and I didn’t want to do the work.

If you’re going to spend $1,000+ on a camera and associated gear, you’ve got to do your homework. It’s not the sort of thing you can just do flippantly. That’s too much money to spend and make a mistake.

I know that I don’t know a thing about cameras, and a part of what slowed me down was that I just didn’t want to take the time to learn about cameras.

This is something I’ve wanted to learn about for a long time and haven’t ever had the opportunity. So while I may still be feeling some mental resistance to learning something new, today I’m making the decision to stop resisting the need to learn and instead embrace the opportunity to learn. I’m not expecting that I’ll turn into a professional photographer or videographer, but I am committing to becoming sufficiently educated as to be conversationally fluent in media-speak.

4 thoughts on “Day 74: Learning Something New”