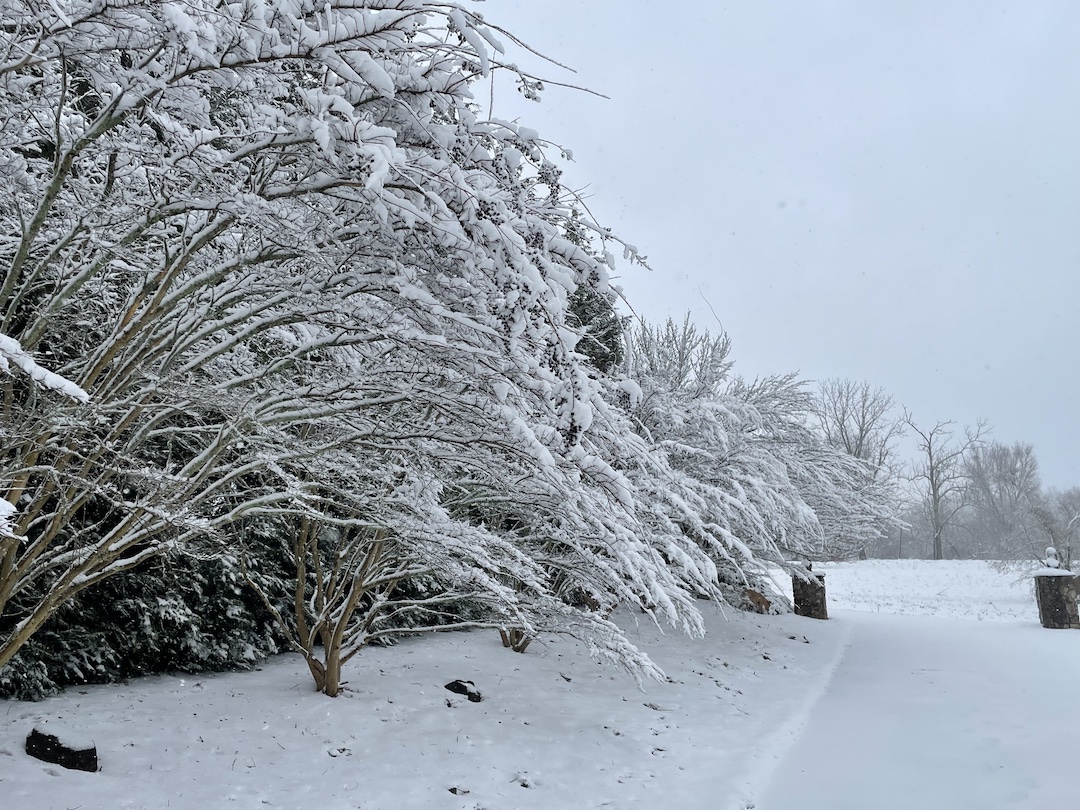 Snow in the forecast doesn’t mean a lot when you live in the south. It seems as though forecasted snow turns to cold rain or melts on contact with the ground more often than not. So when snow was in the forecast for Saturday night and all day Sunday, it was met with equal parts suspicion, worry, and excitement.

In the end, we did get quite a bit of snow for this part of the country. I would guess we got a little more than 6 inches, though with temperatures hovering right around freezing all day we didn’t have quite that much actually on the ground all at once.

The south doesn’t handle snow well, and much of the county has been without power most of the day. At our house, we were without power for about 11 hours, from 5:30 AM until just a few minutes ago at around 4:30 PM.

We’ve spent the day playing in the snow, cooking on our propane-fired Blackstone griddle, figuring out which games on everyone’s laptops and tablets work without wifi, and generally worrying about whether or not the power would be back on before nightfall as none of us were excited about the prospect of spending the night in an unheated house.

Thanks to the hard work of the utility companies, that worry has been allayed and now we can just enjoy a lazy evening at home and a rather unusual sight: northeast Georgia draped in several inches of snow.

2 thoughts on “Snow Day in the South”