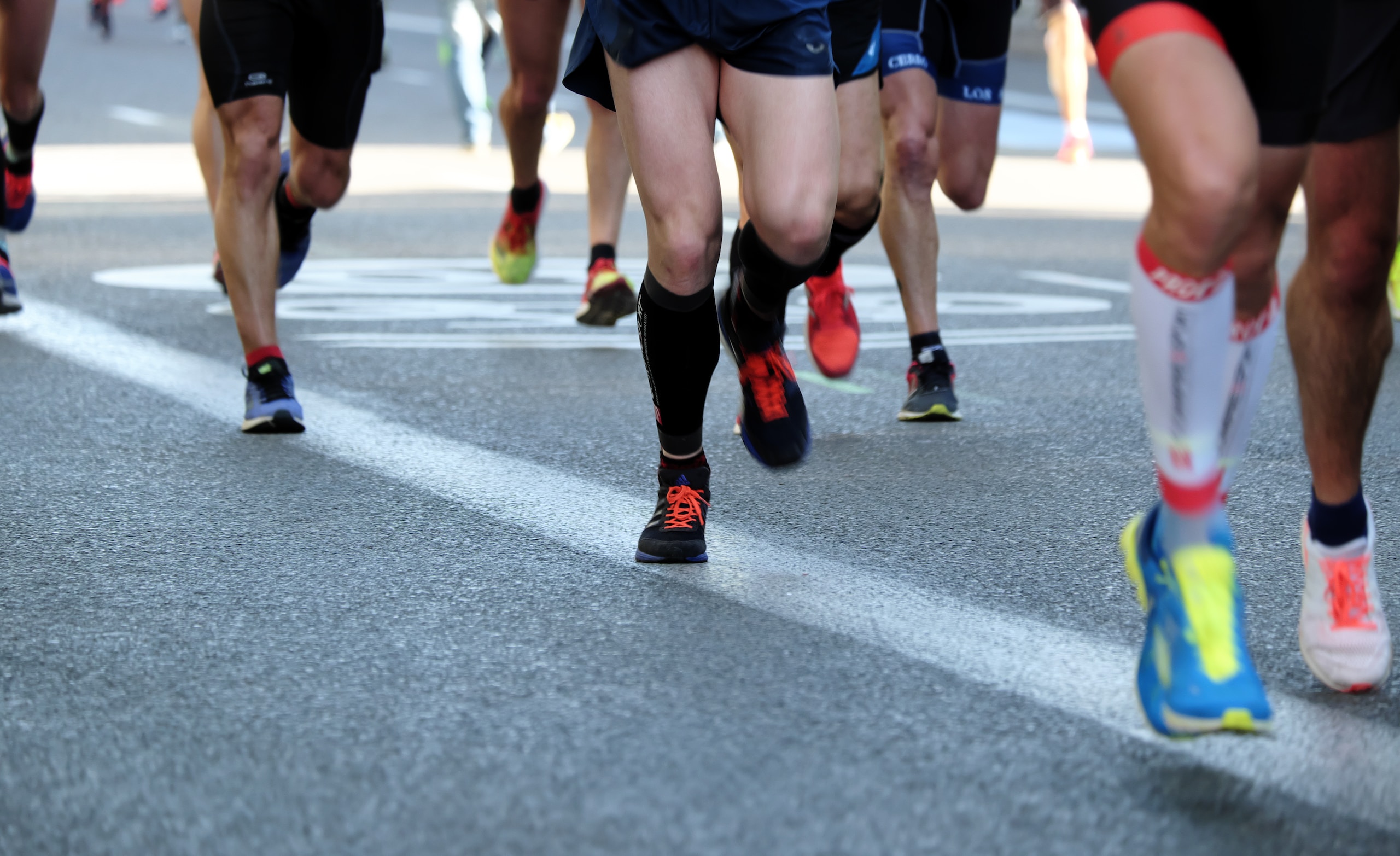 This past weekend I ran in two races back-to-back: the Bushbond 5k followed by the Bushbond 10k. Both races started near Yonah Dam in Toccoa and were both out-and-back courses following Yonah Dam Road along the Tugaloo River.

This was a small local race to begin with, with fewer than 50 runners registered for each race. That number dwindled quickly with the pouring rain that fell Saturday morning. In the end, only 30 runners ended up participating in the 5k in person, and only 12 runners participated in the 10k in person (several additional runners submitted virtual times).

There was no cell coverage at the start of the race, so I wasn’t able to track myself using my phone’s GPS as I usually like to do. Thus, I really have no idea how my pace varied over the course of each race, all I have are the overall times and total distances which I later plotted on MapMyRun as shown in the images below.

When I lined up for the 5k, I knew it was only one of two races I’d be running. However, I decided to push hard on the 5k and take it a bit easier on the 10k. There was no real reason for this beyond the fact that I knew I was excited and that it would naturally be easier for me to go hard on the 5k and easy on the 10k than the other way around.

The 5k started at 8:15 AM. Within 100 yards I was in third place and the top three runners had settled into a groove that we’d remain in for most of the rest of the race.

When I run I try to maintain a fast turnover (160+ steps per minute) and I use my breathing as a way to control my pace. For the 5k, my goal was to get my heart rate up and then to settle into a pace where I would breathe in, through my nose, for three paces, and then breathe out, through my nose, for four paces (three-in, four-out). My goal in doing this is to keep myself running at a rate that keeps my body burning fat (aerobic range) so that I can maintain that pace for the duration of the race.

I maintained that pace past the turnaround point and through the first 2 miles of the 3.1 miles of the 5k race. With a mile left, I realized that if I pushed just a little I’d be able to catch and overtake the person in second place, provided they didn’t speed up.

So for the last mile I picked up the pace and switched to breathing through my mouth, breathing in for two steps, then breathing out for two steps (two-in, two-out). This allowed me to speed up sufficiently to move into second place and then hold and finish the race in second.

I pushed pretty hard during the 5k, so my plan when running the 10k was to really back off the gas quite a bit and try to maintain the best pace possible while sticking to a three-in, four-out rate of breathing through my nose.

When the race started I quickly settled into sixth place. A position I would occupy for the entirety of the race.

The race course was flat, but even so my legs made it clear to me that I’d pushed quite hard during the 5k and my hamstrings, hip flexors, and quads had a lot to say throughout the entire race.

The 10k was largely uneventful. I was never passed and never passed anyone. I focused on maintaining a steady pace, a task which became quite difficult during the final two miles of the race.

After running in the Lady of the Lake race two weeks ago I decided I wanted to try out running shoes by both Altra and Hoka One One. I ended up buying a pair of Altra Escalante 2’s and a pair of Hoka One One Clifton 5 Knit’s. I ran a training run in each over the last two weeks and then wore the Altra’s in the 5k and the Hoka’s in the 10k.

Having run a training run and a race in each, I’d say I love the Altra’s and am not sure how much I’ll use the Hoka’s.

The Altra’s are fantastic. Incredibly comfortable and fast. I have nothing but praise for the Altra’s. 10/10.

The Hoka’s are fast and have a nice propelling bounce feeling to them, but the arches in the Hoka’s are too high for the structure of my foot. Perhaps they’ll break in a bit with a few more runs, but if they don’t, there’s no way I would want to run anything longer than a 10k in the Hoka’s. For someone with higher arches and slightly narrower feet, I’m sure the Hoka’s would be great, but as of right now they’re only a 6/10 for me. If they do break in with a few more runs I could see myself loving them as well.

I’m really pleased with my results in both the 5k and the 10k. Maintaining an 8:00 pace for the 5k is a very solid result for me. My fastest single-mile times in the past 6 months are in the high 7-minute range (7:45 or so), so an 8:00 pace for 3.1 miles represents a very strong effort.

All in all, I’m really pleased with having run over 9 miles this past Saturday at an average pace of about 8:20. The results show just how much progress I’ve made over the last 3 or 4 months.