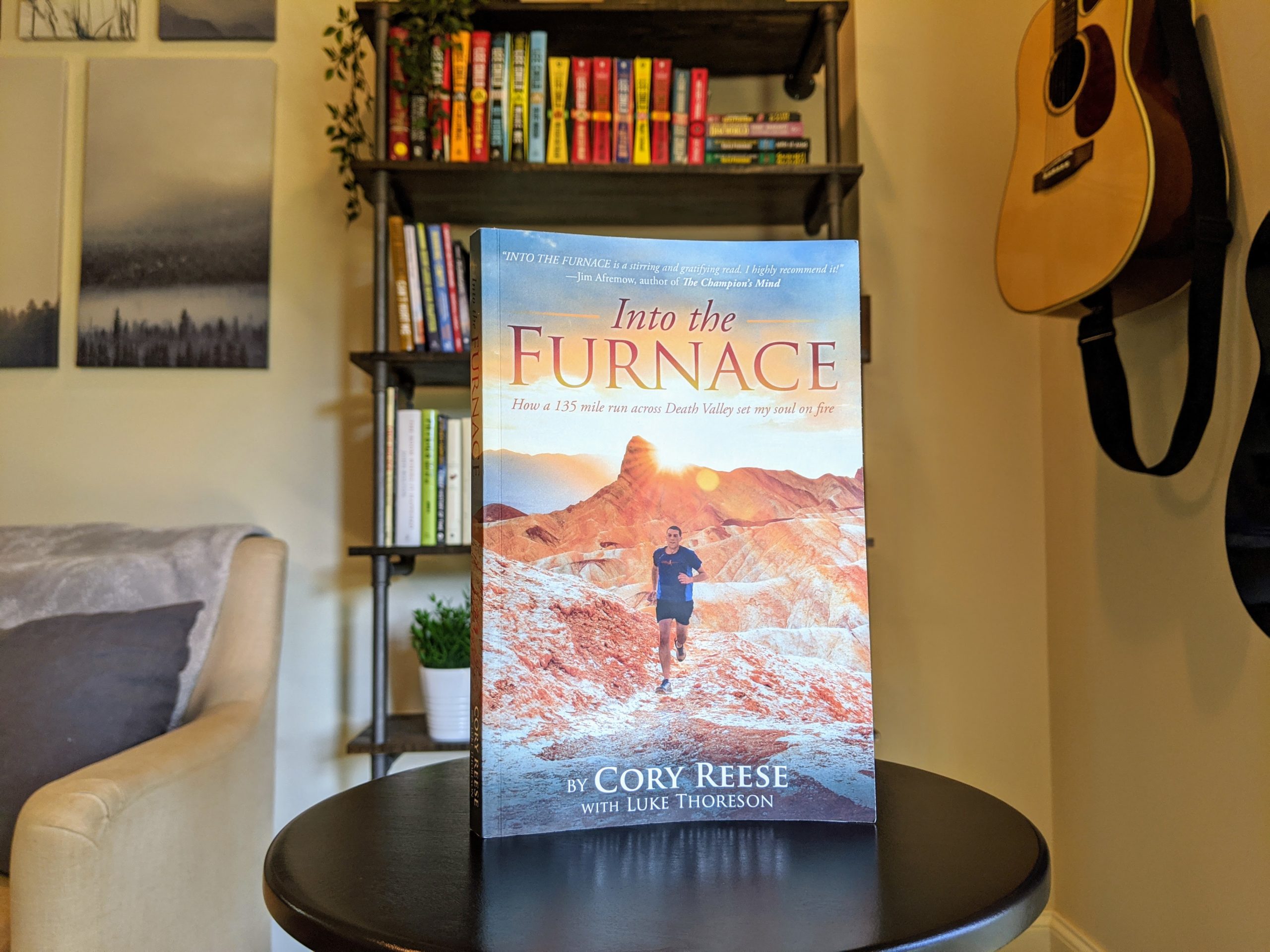 Into the Furnace by Cory Reese with Luke Thoreson is a book about perseverance through adversity, told through the lens of human suffering in Death Valley, and more specifically the Badwater 135 ultramarathon which starts at Badwater basin in Death Valley, the lowest point in the United States, and ends 135 miles later at beginning of the trail to the peak of Mount Whitney, the highest point in the continental United States.

This is the second book Reese has written. I read his first book, Nowhere Near First, in September and enjoyed it so much I ordered Into the Furnace as soon as I finished Reese’s prior book. Compared to his prior book, here Reese is a little more polished but retains his trademark sarcasm, dry humor, and cringe-worthy fantastic dad jokes. The book is a riot and worth reading on it’s comedic merit alone.

Reese’s prior book was a solo project. For this project, Reese involved Luke Thoreson. However, to read the book you wouldn’t know there was a second author in the mix. The story is written from Reese’s perspective and reads as if written by a single author. This is high praise for both authors as they managed to write a book collaboratively yet maintain a single voice throughout.

While the book centers around Reese’s personal experience of the Badwater 135 ultramarathon, the book weaves in a variety of other stories, all centered around human suffering in Death Valley. In addition to Cory’s personal experience, the book spends a good deal of time telling the story of Al Arnold, the first person (that we know of) to run from Badwater basin to Mount Whitney, as well as the story of William Manly, who helped a group of pioneers survive a misguided crossing of Death Valley in 1848. Several other stories also feature to a lesser degree.

Into the Furnace is a book about persevering in the face extreme difficulty, of digging deep and finding you are stronger than you knew, and of coming out the other side with renewed appreciation for the good things in life.

What I Took Away from the Book

First, no one runs Badwater alone.

When you look at the race results, I think it’s natural to think of the winners and top finishers as superhuman, and in some ways they are. It’s also natural to look at those who finished later in the race and admire their tenacity (if you think about it, it’s probably more challenging to spend 48 hours out on the course than to knock it out in less than 24 hours). What you don’t see when you look at the result, and what Reese emphasizes, is that the success of anyone who run Badwater depends on the cooperation and dedication of each runner’s crew. A runner without a crew won’t make it out of Death Valley, and a great crew can shave minutes if not hours off of a runner’s time.

Second, it takes years of work to get ready for Badwater.

I don’t think I fully appreciated this until I read Into the Furnace, but if you’re not starting from a solid base of endurance and fitness, preparing to run an ultramarathon is a multi-year undertaking. It took Reese six years to go from couch potato, to deciding to run a marathon, to being in a position to run Badwater. That’s a long time, and I think you’d be hard pressed to do it any faster. It just takes a really, really long time to train your body to the point that it can stay upright and move forward for 50 miles, 100 miles, 135 miles (the distance of the Badwater race), or longer.

Third, and to quote William Manly who is quoted on page 201 of Into the Furnace, “the mind has most to do with it after all.“

If the book has a central premise, this is it. All the fitness and training in the world will crumble in the heat of the furnace if your mind isn’t in the right place. Dogged determination is a prerequisite to doing hard things.

Yes, you should. Into the Furnace is inspiring, touching, informative, and hilarious. Reese is impressive, relatable, and highly likable. If you’re someone with an ounce of drive or ambition, Into the Furnace will inspire you to push harder and dig deeper.