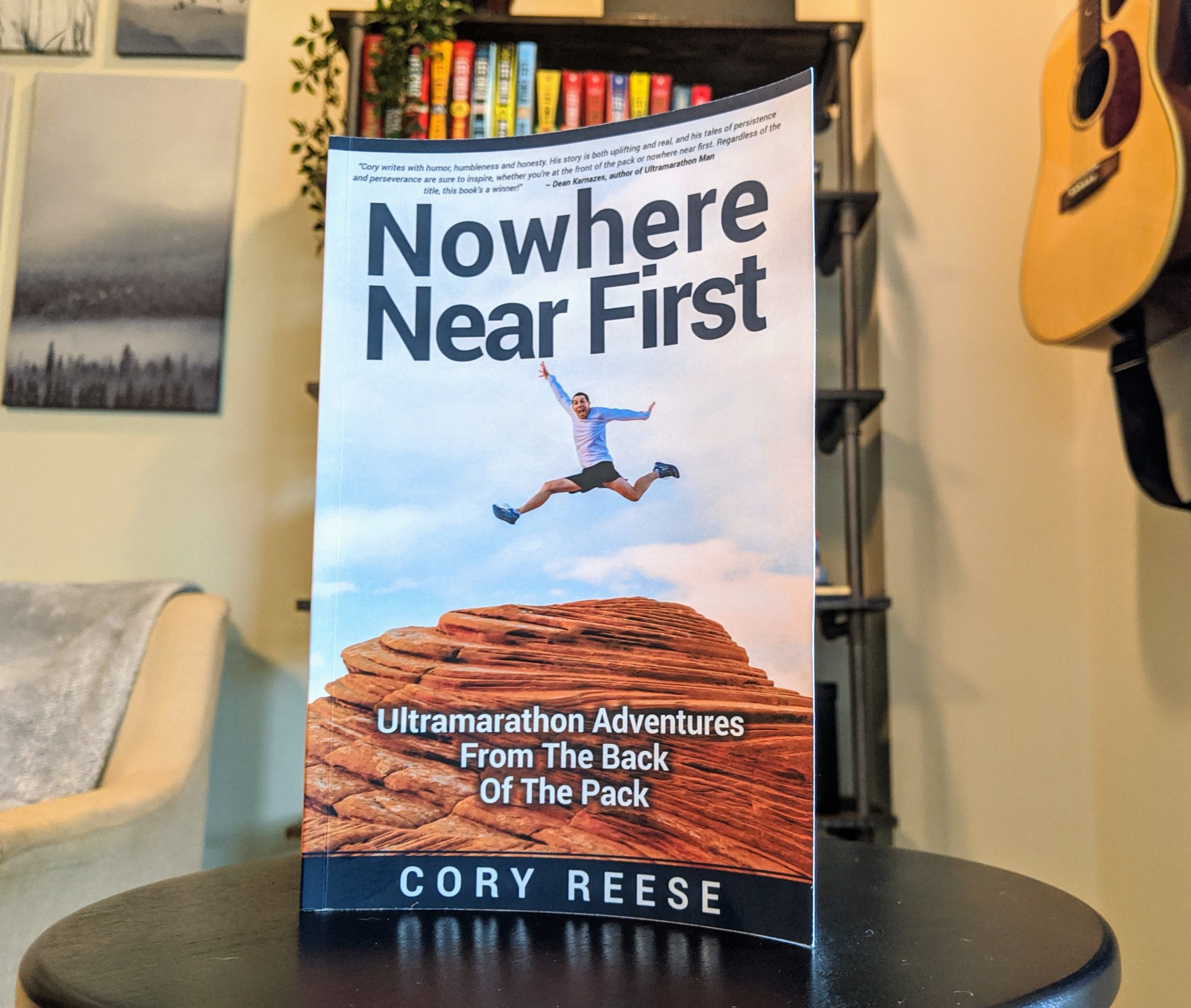 Nowhere Near First: Ultramarathon Adventures From The Back Of The Pack, by Cory Reese, is a fantastic read. In this short fun book, “Fast Cory” tells his story in 30 bite-size chapters: how he became a runner, how he is motivated by his father’s untimely passing at a young age, how he got into running after being inspired to run the St. George Marathon (after two false starts), and how he ultimately evolved into a veteran of dozens of ultramarathons even if he’s usually at the back of the pack, nowhere near first.

Reese is an unlikely ultramarathon runner. As a matter of fact, Chapter 4 of Nowhere Near First is titled: “The Opposite of a Natural Born Runner”, and this book is nothing like other books I’ve ready by other ultramarathon runners. Where other ultrarunners pay close attention to diet, are extremely competitive, and have a carefully regimented training program, Reese’s favorite mid-race fuel is Hostess donuts washed down by Dr. Pepper and he has only two goals when running an ultramarathon: finish sometime and have a ridiculous amount of fun.

Reese is an avid blogger and the book reads like a series of blog posts. Each chapter is short and self-contained. You can easily jump into any chapter and enjoy a short story about his exploits running a random ultramarathon or hear his philosophy about ultrarunning.

Reese is also hilarious. He doesn’t take himself too seriously and the book packs an unreasonable concentration of laughs-per-paragraph.