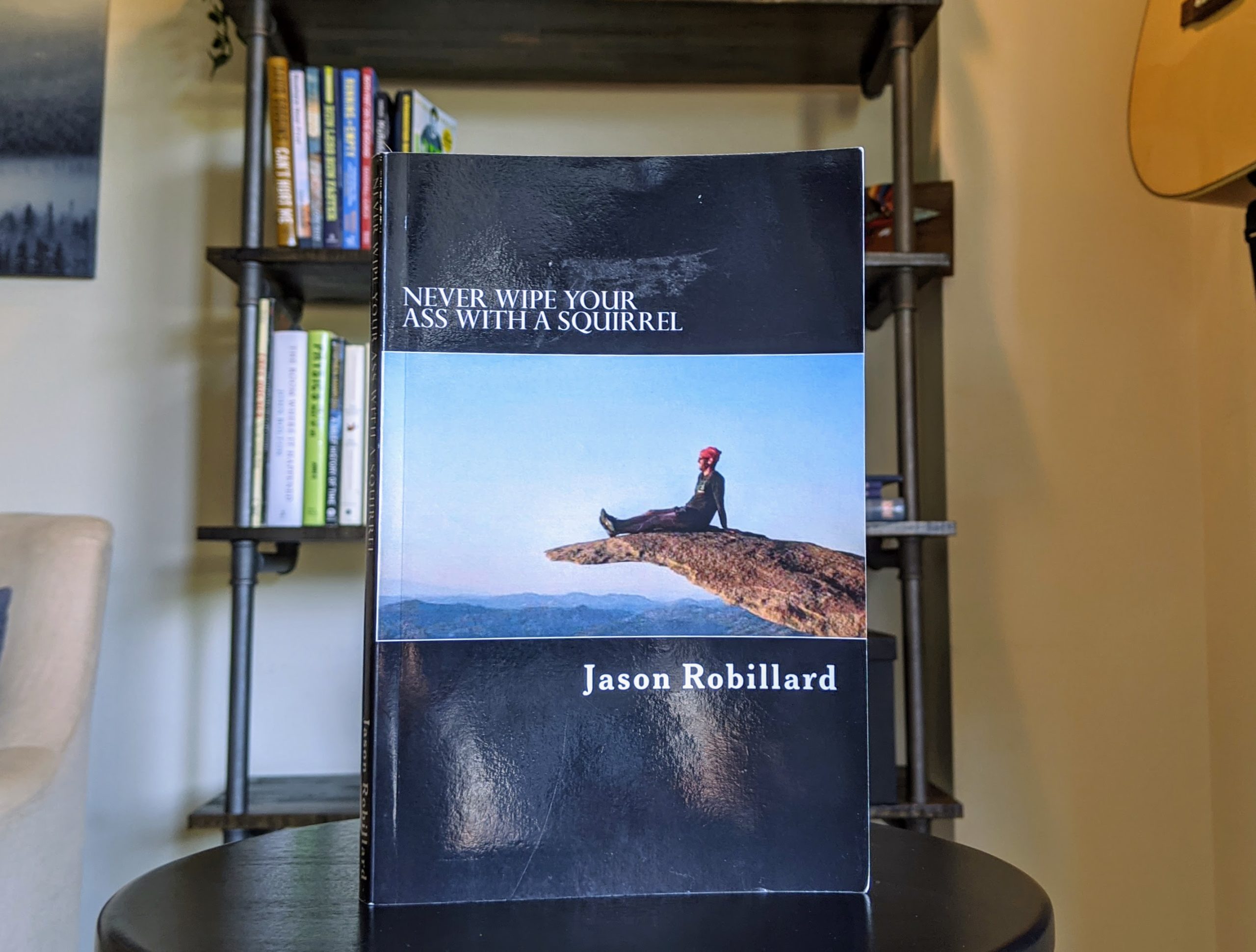 Sometimes the title of a book tells you all you need to know. The title of this book comes close. If you just add that Never Wipe Your Ass with a Squirrel is a book about running ultramarathons, then you have the general gist of what’s going on.

If you’re looking for a how-to manual for running ultra’s that your mother would approve of, keep looking. On the other hand, if you prefer something a bit gritty that doesn’t take itself too seriously but is firmly grounded in practical experience, Never Wipe Your Ass with a Squirrel might be just what you’re looking for.

At the time he wrote this book, Jason Robillard was an experienced ultramarathon runner, barefoot running coach, irreverent wise ass, and a man who walked to the beat of his own drum. Never Wipe Your Ass with a Squirrel captures Robillard’s advice on how to train for an ultramarathon, run an ultramarathon successfully, deal with the myriad issues that arise during ultras (such as using the bathroom while out on the trail, a topic which prompts the advice contained in the book’s title), as well as a lot of general advice about taking care of yourself and surviving in the wilderness.

Robillard is consistently helpful, hilarious, and irreverent. The advice contained in the book is informative, useful, based on real experience, and presented in a light-hearted laughter-inducing style. At the same time, it must be said that hardly a page goes by without an off-color joke, reference to defecation, or sexual innuendo.

Robillard speaks from a place of authority. He isn’t making this stuff up. He’s run a lot of ultras in a lot of different places over an extended period of time. His advice is based firmly in reality and worth considering.

I’ve already talked about the general crude tone of the book. Whether that’s a negative is up to each reader. Personally, I’m a very open-minded person and pretty hard to offend. I didn’t personally find the book offensive, but it’s definitely something to be aware of. If you are more easily offended than I am you should definitely skip Never Wipe Your Ass with a Squirrel. For example, if the idea of reading about how Robillard uses sex to train his mind to enjoy pain offends you, find another book.

On a more practical note, this book suffers from a general lack of organization. It reads like a series of loosely organized blog posts reformatted for print. The book flat out doesn’t have chapters, just headings every few paragraphs to denote a change in topic. As a result, there’s really no flow to the book. That’s good if you want to read it 5 minutes at a time, but it does make it difficult to really get into it. This is very much a self-published book, and that’s clear all the way through.

Probably not. For most people, Never Wipe Your Ass with a Squirrel will be mildly offensive and uninteresting.

On the other hand, if you’re really interested in ultramarathons and are pretty laid back when it comes to crude humor, then sure. Give it a read. You’ll laugh and learn a thing or two.