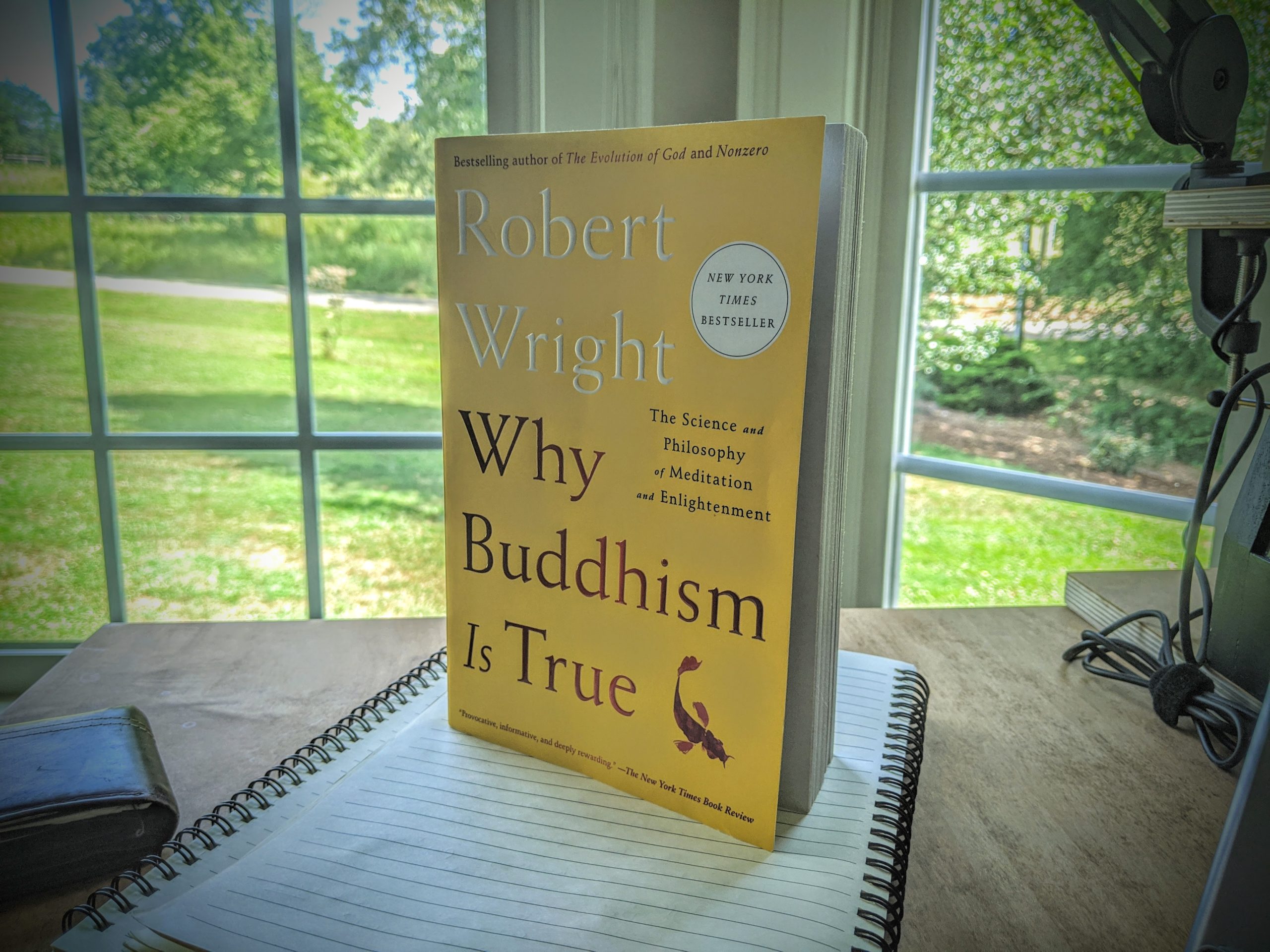 Over the last few weeks I’ve been working my way through Why Buddhism is True by Robert Wright. The book was suggested to me by a colleague who knows I’m testing the waters of mindfulness meditation. He had found the book useful in his own investigation of mindfulness meditation and thought I might likewise find it helpful. His suspicions were well-founded. While there are parts of Why Buddhism is True that weren’t perfectly aligned with my personality and interests, overall I found the book to be very useful.

Robert Wright is a psychology professor who has worked at a couple of well-respected universities. For the last few years, he’s taught courses, both online and in person, at the intersection of what one might call western Buddhism (basically Buddhism stripped of all of it’s supernatural elements), science (particularly natural selection), and psychology. The book Why Buddhism is True is effectively a layperson-friendly overview of that intersection.

The books seems to be aiming at a few different goals at the same time.

The basic model the book follows to do all of this works like this.

Sometimes the order is mixed around–he may start with the anecdote, for example–but the formula pretty much holds for most of the book.

Well, first off, the book is fantastically readable. Wright is a talented writer. The book is easy and a joy to read.

Next, one of the things I’ve felt missing from other pieces I’ve read on the topic is the combination of theory alongside deeply practical instruction on the actual practice of mindfulness.

Also, Wright isn’t afraid to say the things you aren’t supposed to say about mindfulness where it makes sense to do so. At a few different points Wright makes observations followed or preceded by the caveat that most Buddhist or mindfulness teachers would not appreciate what he was about to say. I appreciated Wright’s candor and practicality in this regard.

Wrights dissection of how natural selection has tuned our minds to crave endlessly and overestimate the pleasure of rewards is also tremendously helpful. Our minds lie to us all the time and Wright does a great job of highlighting the various ways our minds lie to us and how mindfulness can help us discern and combat these lies.

In short, the book helped me form a more fully fleshed-out picture of what it is that I’m trying to accomplish when I practice mindfulness, both while actively “in the act” as well as over days, weeks, and months.

I’ve written about this a little already, but I just don’t understand the need to draw in Buddhist teaching. I think the book would have been just as useful and 40% shorter if Wright had just dropped the western Buddhist focus and relied solely on modern psychology and science to back up his position on the value and impact of mindfulness meditation.

If you’re into Buddhism, particularly the non-supernatural teaching, you’d probably love this about the book. As someone who really has no background or interest in Buddhist teaching, it felt like unnecessary baggage and I kept finding myself thinking: “Why do I need to know the Buddhist word that teaches this concept? Why is this necessary or relevant? Can we simplify things by focusing on the practice and the science?”

At the same time, and as I noted in my prior post on this topic, I think there’s a good chance that in some ways I’m just not Wright’s intended audience. My approach to mindfulness has been 100% via non-supernaturalists who are focused on the science and psychology (hello Sam Harris). However, if you’ve come to mindfulness from a more spiritual direction, then I can see how the structure of the book would make a lot more sense.

In short, as I mentioned up top, (in my opinion) the book had three main goals, and only two of those goals were aligned with me personally.

3 thoughts on “Day 84: Short Book Review, “Why Buddhism is True” by Robert Wright”